About the Canadian Education System

About the Canadian Education System

The U.S. elections are over,

President Trump is settled at the White House,

You have been hesitating but now you have finally made up your mind...

But, are you really ready to study in Canada? Do you know well enough how to proceed?

UtoCanada is here to help you take care of the knowledge you need before going to study in Canada.

You want to study abroad, but there are so many countries to choose from. Even if you want to pursue a traditional Western style of education, there are countless Western countries you can go to, so why choose Canada?
With the same level of first-class education, Canada is among the countries with the lowest tuition fees in all Western countries, and it can even be just half the price of studying in the United Kingdom and some other countries.
Canada is one of the most beautiful and most livable countries in the world. It has a variety of natural and landscaped scenery. There are four seasons in the general areas of Canada. Spring generally starts in March, but there are also some areas that enter spring earlier on at the end of January. Canada is famous for its diverse mix of cultures, which is also more advantageous to international students to help them adapt to their new life studying abroad. There are all kinds of international cuisines here, enough to satisfy your longing for a taste of home. Different communities will hold different social activities, and life here is intriguing.
Education in Canada is recognized all over the whole world. As long as you get aCanadian diploma, you will appreciate the equal treatment no matter where you go. Studying in Canada can open the door to the world.
Canada is one of the safest countries in the world. Canadian students can also enjoy the same freedom as local students without worrying about too many violent crimes.
Canada has two official languages and provides first-class language education. International students can learn English and French at the same time.
Schools hold a variety of campus events and activities, whether it is for meeting new friends or to connect with old friends, the vivid campus life will make your life abroad more fulfilling.
加拿大本身就是一个移民国家，并且加拿大很欢迎留学生进行移民，如果到了Study Abroad in Canada，有很大的机会会成为永久居民。

Canadian graduate programsare generally 2-3 years. Ph.D. program are generally 3 years, and masters and undergraduate degree programs are 3-5 years. However, if you want to apply for a doctorate directly, you need to have marks above 70-80% in your undergrad courses. If you are only doing a masters program, it takes a year and a half to two years.
Canadian universityprograms are generally 3-4 years, and an Honours Bachelor's degree takes 4 years to complete. The bachelor's degree is divided into Bachelor of Arts (BA, BA Hon) and Bachelor of Engineering (B.Sc., B.Sc. Hon), and the undergraduate degree will be provided after graduation.
&nbspCanadian collegesare one year, but computer and administration programs may take 2-3 years, and you will get a diploma after graduation.
Canadian primary and secondary schools generally implement the 6-3-3 system, one year of pre-school education, six years of elementary school, three years of middle school, and three years of high school. However, some provinces will be different. For example, Quebec and Newfoundland have a total of 11 years, Ontario has 8 years of primary school, 5 years of secondary school (the last year of secondary school is called the Ontario Academic Credit, OAC). 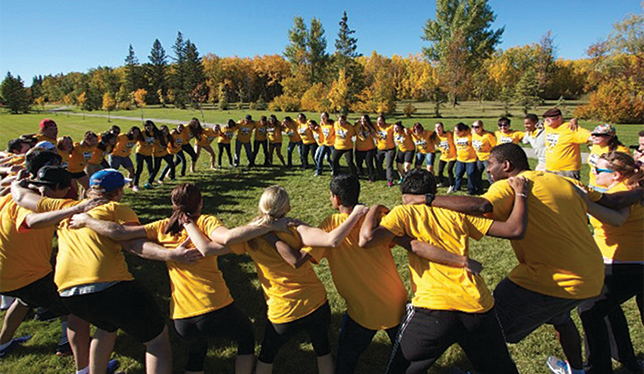 3.Differences Between Canadian and Chinese Education

There are many advantages in studying abroad, but I have to admit that there will be certain disadvantages. People may experience varying effects of this at different ages, each with advantages and disadvantages.
At a younger age, language acquisition will be easier, and adaptation to the local learning style will be smoother. Obtaining a Canadian high school diploma gives real advantage to applying to a prestigious Canadian university. The disadvantage is that some younger students may have poor self-discipline and weak adaptability, it they may take the wrong path and develop bad behavior and attitude.
It is worth mentioning that the basic education in China will indeed be much better than that in Canada. After graduating from high school in China, basic skills and abilities will be of a good advantage. Students graduating from high school in China have basically formed their own outlook on life, and can directly go on to receive first-class Western undergraduate education. The disadvantage is that Chinese high school curriculums are tough and students are under great pressure to study. Students need to prepare for going abroad and for language tests as a part of their daily studies and life. If the student is unable to maintain a good balance, they may become overwhelmed.
Because the duration of their studies abroad maybe short, they can save a lot of studying expenses. Being old enough, students would have formed their own outlook on life, so going abroad will satisfy their expectations and visions. Being a graduate student can help them earn more immigration points, especially for immigrating to a large immigrant country like Canada. The disadvantage is that they are older, and they have surpassed the best age for learning languages. As a result, their ability to adapt to Western culture and life in a foreign country may also be weakened. Whether you come from an ordinary working-class family or a wealthy family, the cost will definitely be an aspect that everyone pays attentions to. Even for families who do not lack money, everyone wants to find the most cost-effective way.
The cost of studying abroad in Canada is relatively low compared to other Western countries. First of all, we need to be clear that there are three types of universities in Canada: medical doctoral, comprehensive and primarily undergraduate. The average tuition for medical doctoral universities is $30,000-30,000 CAD per year, $20,000-30,000 CAD per year for comprehensive universities and $20,000-30,000 CAD per year for primarily undergraduate universities. Tuition varies between schools and majors, so there is not a fixed price for going to whichever school or taking whichever major. However, tuition and other information can be found on the school’s official website.
Canada also has big cities like Vancouver and Toronto, which are more expensive to live in. There are some smaller cities with lower costs of living. The cost of living is closely related to personal consumption habits. On average, for one year of studying abroad, expenses may total to about 15,000 to 20,000 Canadian dollars. apply to Canadian universitiesrequire college entrance examination and graduation examination results, high school scores of over 80%, and some prestigious schools require over 85%. Also, language test scores need to be submitted. Generally speaking, an IELTS minimum score of 6.5 (not less than 6.0 in each section). The TOEFL score requirements are mostly 85 or 90 points. Some schools also require submission of portfolios, etc.
High school applicationsgenerally require school grades, no language grades are required (some schools may have different requirements), custodianship declaration documents, and some schools also require letters of recommendation.
If you are going to study in Canada, do you really have all the knowledge you will need?